DEATH SQUARED – Saving Some Suicidal Cyber Cubes (Review) I’m reviewing DEATH SQUARED, a small but tricky puzzle game for PC and Consoles.❍ http://deathsquared.com Death Squared is a puzzle game in which you have to navigate small robotic cubes safely through short but tricky levels, which is usually pretty life-threatening, as the title already suggests. The game was developed by SMG Studio in Australia and […]
PREV VIDEO NEXT VIDEO

Death Squared is a puzzle game in which you have to navigate small robotic cubes safely through short but tricky levels, which is usually pretty life-threatening, as the title already suggests. The game was developed by SMG Studio in Australia and was recently released on PC, PS4, Xbox One and the Nintendo Switch for about 10,- Euro.

The twist of Death Squared is that you have to control at least two of these small robots at the same time and keep them alive, even in singleplayer mode. To do this, only the two analog sticks are used, none the other controller buttons.

The scope of action is therefore extremely limited, you can not jump, not run or even shoot. You can only walk at slow speed through the 80 story levels of the game. This endeavour is anything but an easy walk, and this becomes clear relatively quickly, because every level is a merciless, interactive obstacle course.

The environment reacts in a variety of ways to the movement of the game figures. Obstacles move towards or away from the player characters, helpful platforms become deadly traps, spikes raise out of the ground and you are tracked by laser beams. All depending on the direction in which you are moving your Game figures. And there are of course numerous tricky floor switch puzzles.

The challenge of the game is to understand the internal logic of the levels, which is unfortunately only possible with Trial & Error. You have to send the game characters to certain death a few times to understand how the puzzles are built in each level. Since you have endless lives, and the levels always restart without much delay, this is fortunately not a too negative thing.

A very clever aspect of the game is the embedding of the narration, which consist purely of off-screen audio comments. David, an employee of a company called OmniCorp, supervises AI experiments that are performed on exactly the small robot cubes that are controlled by the player. David is assisted by a highly developed artificial intelligence called Iris, with which he keeps talking. This is extremely charming and reminds of the Portal Games. Though, it can sometimes be a bit annoying when comments and remarks are too often repeated.

It is obvious that Death Squared has been conceived as a multiplayer title. In  singleplayer mode, the simultaneous control of several game figures basically works, but after a short time, you whish someone else takes over control of the second game figure. Unfortunately I only played the game alone and therefore I can not judge the multiplayer mode. However, I can imagine very well that Death Squared is only developing to its full potential with some friends in front of the TV – assuming the players have good communication skills.

The biggest flaw, next to the Trial & Error, are the controls. The Cubes are controlled relatively inaccurate. It happens all the time that one of them falls into the deadly abyss, because the player has steered a little too much in one direction or he misinterpreted the path because of the camera perspective.

Unfortunately, there is no way to rotate or adjust the camera. When playing in singleplayer mode, it is not indicated which of the sticks controls which game character. Dying is common because one of the characters falls into the abyss, although you actually wanted to move the other.

All in all, Death Squared is an intelligent and entertaining little game for puzzle enthusiasts. But it should only be played in multiplayer mode with friends, not alone and it is only negatively affected by the inaccurate controls and the high amounts of Trial & Error. 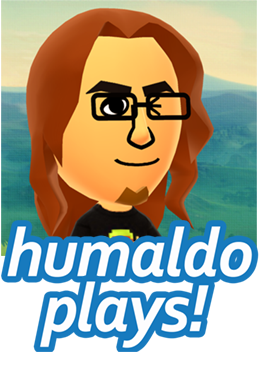